The month of April we are praying for the Ralevic family.  Emanuel and Jelena are both 2004 graduates of Tyndale.  They have two sons Matija (Matthias) and Petar (Peter).

They live in the city of Niš in Southern Serbia.  Niš is one of the three largest cities in Serbia.  The dominant religion is 90% Eastern Orthodox and only 1% of the population is Protestant or Evangelical.  They work with Niš Baptist church, the oldest evangelical church in south Serbia and it was established in 1982! (not really all that old)  There are five evangelical churches in the city now and the pastors meet regularly to pray together.

Emanuel is involved as one of the pastors and works also among the youth.  He also teaches at Balkan Theological Seminary which he helped to start in 2013. He has many roles at the seminary; director, dean, administrator and lecturer.  Jelena is leading the Sunday school programs, teaching the children, teaches English as a second language and does book translation work for the Baptist Union.  They are both extremely busy and involved in many ministries.

The church also has several church plants and mission work around Niš.  One of the ministries is called ‘Love Your Neighbor’ and is a humanitarian project to help the poor, refugees and social needs around the area.

Their desire is to help missionaries and students who are gifted to get involved in mission work and encourage them in that calling and so spread the gospel.

Please pray for the following: 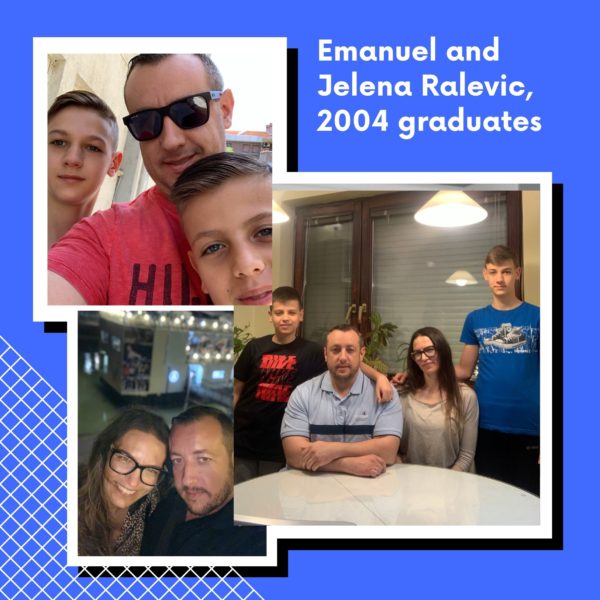